A colorful crowd was gathering before the main entrance of the Macau Cultural Center. The distinct dark-blue-and-red windbreaker of UM could be seen together with uniforms representing every college. It was December 9, 2018, and time had come once again for the annual Walk For A Million.

At the entrance, a brief awards ceremony was held, where HC was bestowed upon the Enthusiasm Award for Sports Team and Student Organization participation in the event. Following that, the participants set off for the Macau Science Centre, where they joined the main body of walkers at the starting point.

With uplifting music and cheer, the walkers embarked on their four-kilometer trek. It made for quite a sight to see tens of thousands of people make the pilgrimage from the Science Centre to the A-Ma Temple. Even with the sudden rain, spirits remained high as umbrellas blossomed out to greet the chilly drizzle. The people moved on, undeterred, to complete their journey. It was heartwarming to know that millions would be raised for charity from the footsteps of the Macau community. 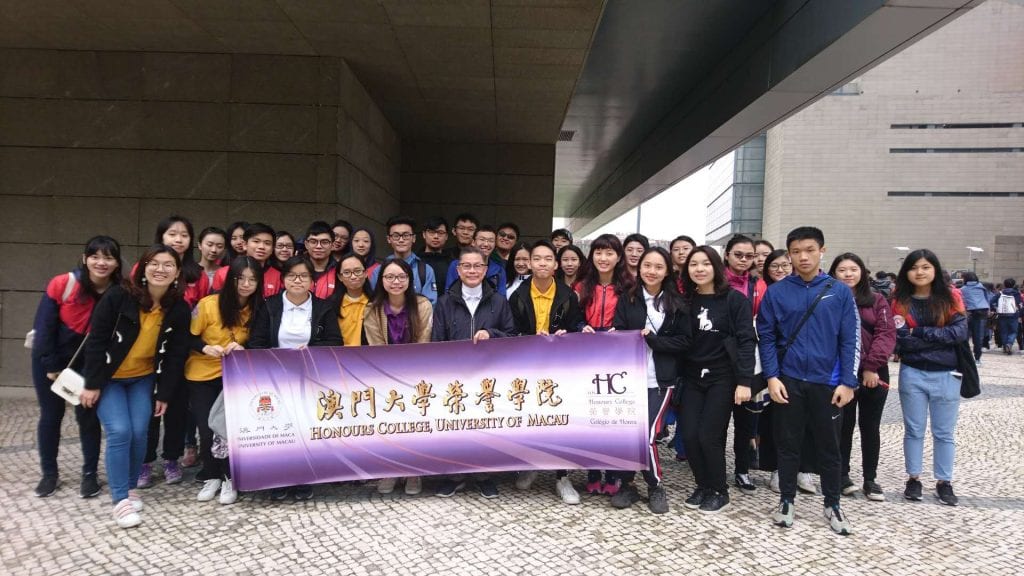